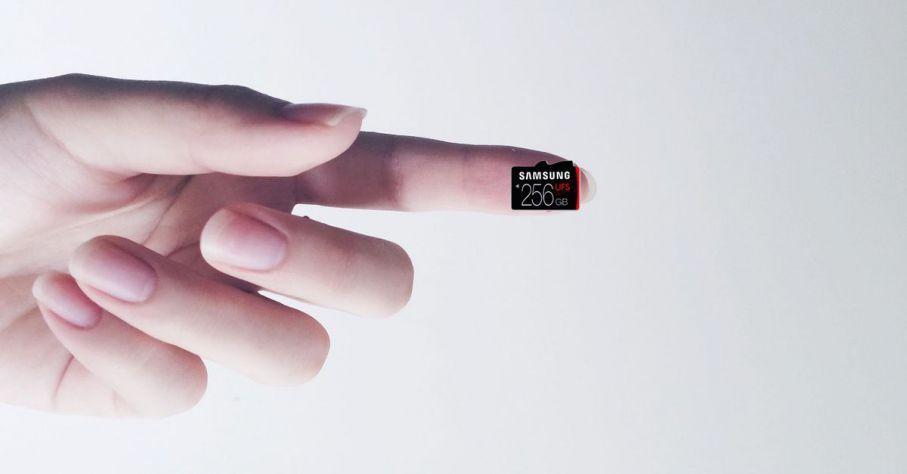 WESTERN DIGITAL has announced two new products under the Sandisk moniker, one a super fast, supersized microSD and the other a lightning fast USB stick.

The microSD card, the 256GB SanDisk Ultra microSDXC UHS-I card Premium Edition, is 256GB jobbie, the first to reach the heady heights of Application Performance class 1 (A1) certification. That means speeds of up to 95MB/s with IOPS of 1500 for read and 600 for write.

"SanDisk cards are at the centre of more than two billion consumer devices, and now with this A1 card, we're proud to play a significant role in continuing to advance the trusted format."

It's not the first 256GB microSD from Sandisk, but this one boasts the A1 spec that brings it closer to being a viable additional storage source of the type available in Android Marshmallow and Nougat, where the SD card simply becomes and extension of the internal memory.

The new A1 version will be available this month for £166.99, and joins the non-premium and Premium 256GB SD cards that are more complicated than electricity tariffs. The first microSD card at 256GB was a Samsung in May last year, shortly before rivals from Sandisk and Lexar.

With transfer speeds of up to 420MB/s and write of 380MB/s the new drive can transfer a 4K movie in under 15 seconds.

It boasts a USB 3.1 interface but is still rocking USB-A rather than C for some reason, so it pushes that to the limit, rather than kicking it into the long-grass as it potentially could do.

"With its increased capacity and blazing speeds, the SanDisk Extreme PRO USB 3.1 Solid State Flash Drive is our sleekest, most powerful SanDisk USB device yet."

The Extreme Pro USB will be available later this month for £125.99. µ